Get fresh music recommendations delivered to your inbox every Friday.
We've updated our Terms of Use. You can review the changes here.

The Killer Sounds of Halloween 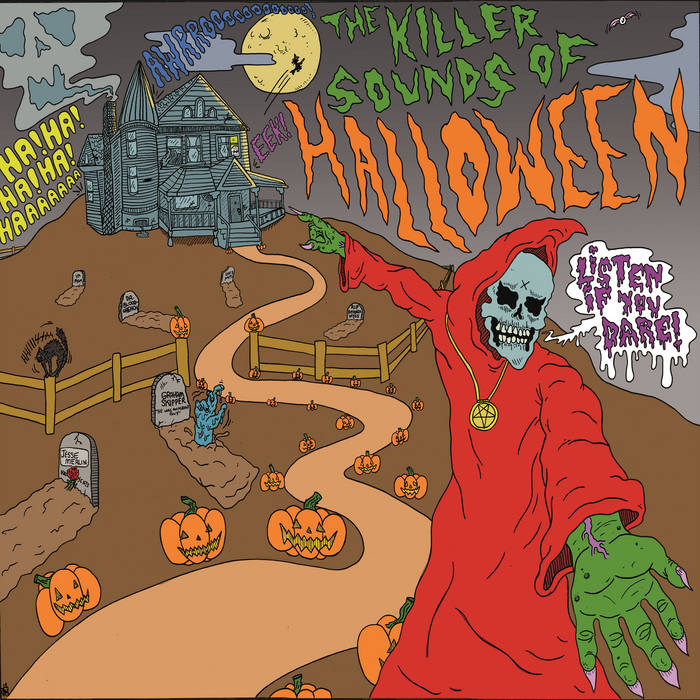 Chad Savage Featured today (10/15/20) on PumpkinCult.com (along with Revenge of) - these are SO GREAT! Favorite track: We Summon The Darkness.

surfvampire I am humbled by the amount of creative energy that went into this love letter to Halloween. Thank you!
Favorite track: The Terror At Blood Lake.

cheezlust We need Halloween albums like this in this day and age. Aside from "The Killer Sounds of Halloween", they don't make'em like they used'ta! Favorite track: Welcome.

A spooky Halloween mix-tape made of 13 original Halloween songs from 13 fake bands - all from the demented mind of Sean Keller.

All songs written, performed & produced by Sean Keller
except "I'm Gonna Have A Nightmare" music by Curtis Rx, poem by Sean Keller

Co-writer of Hulu & Blumhouse's ALL THAT WE DESTROY. Composer/creator of SLASHED! The Musical.
I've been a rocker, a slasher, a vampire, a zombie, a cop & a cowboy.

Bandcamp Daily  your guide to the world of Bandcamp

sndtrak stops by with an Album of the Day Feature of his most recent release, FLIPS V1: Triple Lindy